Aussies are an interesting bunch of people. Due to Australia’s multicultural nature, there is lots of diversity, but there are some things that all Aussies love and do. Being Aussie is a feeling more than anything else, and here’s how you know you’re becoming a true Aussie.

You Shorten Your Words

You know you’re becoming a true Aussie when you find yourself unknowingly shortening words. Aussies are known worldwide for their colourful colloquialisms and shortening of words. So when you finally think saying, “Skoinon (what’s going on), mate?” is a perfectly acceptable way of greeting someone, you know you’ve become a true Aussie. 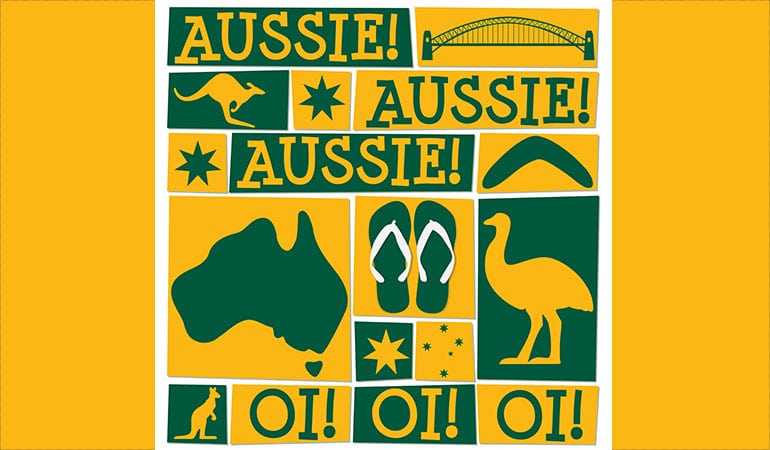 You Have a Great Sense of Humour

Despite nature not being as bad in Australia now as it is often portrayed in pop culture, Australians had to battle the elements and the environment for a long time. Because of this, Aussies developed an indomitable spirit and a world renowned wry sense of humour. Therefore, Aussies “take the piss out of” almost everyone, especially themselves. If you develop a similar sense of humour, you’ve become a true Aussie.

Aussies love their sports, and why wouldn’t they? Australia has some of the best sporting teams and individuals in the world, across a wide range of sports. Australian men and women have access to world class sporting facilities. So whether it’s cricket you love or AFL, rugby union, rugby league, soccer, athletics or anything else, you know you’re a true Aussie if you get behind the green and gold with pride. (A true Aussie will be mad when they don’t their favourite sport in this list!).

You Believe Everyone Deserves a “Fair Go”

One of the core Australian values is giving everyone a “fair go”. This basically means that Aussies believe everyone in the world deserves a fair chance at what they want to achieve or how they want to live their lives. When you start believing that, you know you’ve become a true Aussie.

You Know the Words to “Waltzing Matilda”

This masterpiece is often referred to as the unofficial national anthem of Australia. It describes a “swagman” or wanderer exploring the Australian outback and the bush with his “Matilda” (a sort of rucksack). If you sing along and get that warm fuzzy feeling every time you hear it playing somewhere, you know you’ve become a true Aussie.

You have to call Australia home before you can become a true Aussie. We here at Ready Migration can help you with that. We’ve got one of the most experienced teams here on the Gold Coast and we can assist you all the way through your Australian immigration. If you want to migrate to Australia just give us a call. We can help you with your student visa, work visa, skilled visa, business visa, investor visa and much more!

Wow Amazing! So that's really amazing that we could help a family escape from war and start a new life in Australia. He will work with me for as long as he wants and it's good to know that he has many options.Thank you for that. It's a good deed for humanity. He and his family will forever be grateful.

Thank you very very very much James and Chris. This is unbelievably great news, I can't believe it. Australia here I come!!!!!! forever grateful

Ready Migration has been incredibly proactive in helping me find a permanent visa, they've assisted me in finding a sponsored position and they've guided me step by step through the entire process. Couldn’t have done it without them!

Glyn and I would have no hesitation in recommending "Ready Migration" to anyone including family and friends. Simply very "Professional" and simply "The Best"